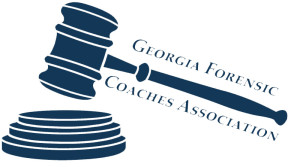 TCCHS is celebrating its first year back to competitive speech and debate since the retirement of renowned debate coach Philip Wertz. Congratulations are due to Joshua Fussell for qualifying to the GFCA Varsity State Championship Tournament in the Student Congress event. To qualify for this event, Joshua finished in the top 1/3 of competitors at a the Fayette County High School debate tournament held on November 21, 2014. Joshua has competed in several events this year including Lincoln-Douglas debate, Public Forum debate, and Student Congress.

Several students have also qualified for the 1st/2nd year state championships by competing in a qualifying number of events. These students include: Joshua Fussell, Maggie Martin, Natalie Wyatt, Ashley Thomas, and Vince Wynn.

The GFCA (Georgia Forensic Coaches Association) state championships for Varsity Student Congress and the First and Second year competitors in speech and debate will be held on February 20-21, 2015 at Lassiter High School in Marietta.

It’s never too late to get involved with the TCCHS speech and debate team. The team’s next tournament is scheduled for February 7, 2015 at Valdosta State University. For more information, see Brian Bellamy in room E14 or register for the next tournament on TCCHS.ORG. Follow the team on Twitter at @tcchsdebate.

← Photos from Emory and Houston County PF Debate Demo Round →